Trivia: Did you know… that Hecate was the Greek goddess of witchcraft?

As the days are shortening and the temperature is dropping, we are all feeling autumn creep up on us. No need to fret! Here at Oya Costumes, we’re excited for sweater weather, leaves changing colour and most especially… pumpkin pie! While we’re inside with our warm drinks, why not sit down at your computer and check out some of our oh-so-scary, oh-so-Halloweeny witch costumes.The witch is the most classic Halloween number, alongside the cat, ghost and pumpkin.

Witchcraft has historically been defined as the ability to influence someone else’s mind or body involuntarily. Powerful, prophetic, enchanting and mysterious, witches have epitomized the Halloween spirit for years. In Christianity and Islam, spell-casting was also viewed as heretical and was overwhelmingly associated with women. In recent years, many women have reclaimed this image. Today, there are possibly as many as 1 million pagans in the United States alone!

If you're looking for an easy witch costume, Oya Costumes has everything you need. Take a look at our 5 favourite witch costume ideas to get inspired this season! 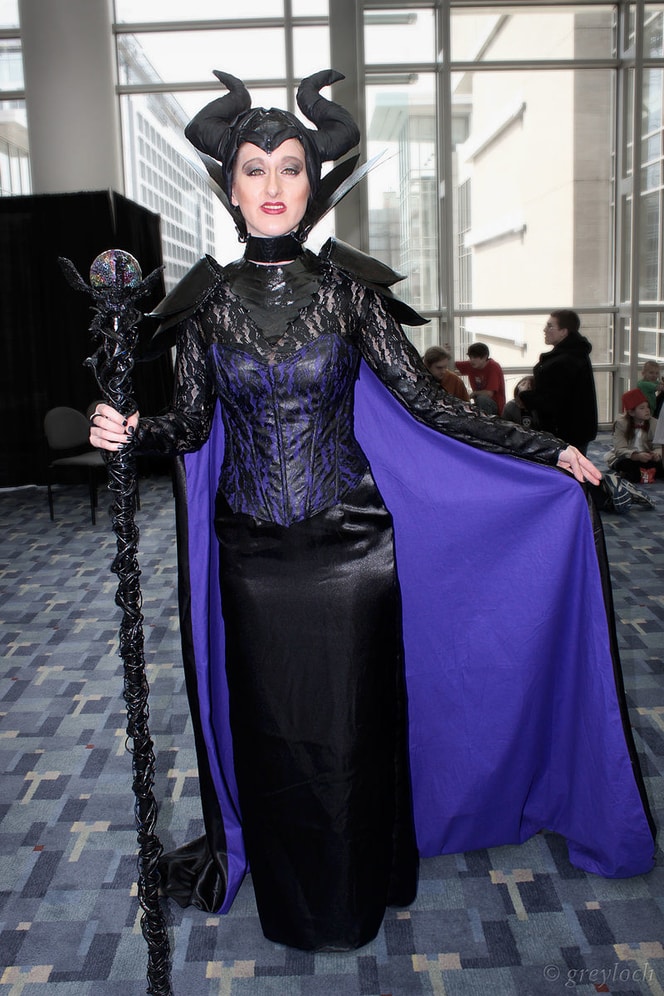 Maleficent is probably one of the most well known witches out there. And let’s be honest, she’s one of the most powerful. For a truly awe-inspiring witch costume, dress up as this complex Disney villain. This is one costume that inspires respect, and if that’s not enough, you can use your powers to put an entire kingdom to sleep to show that you mean business. Get some witchy accessories to complete this look! 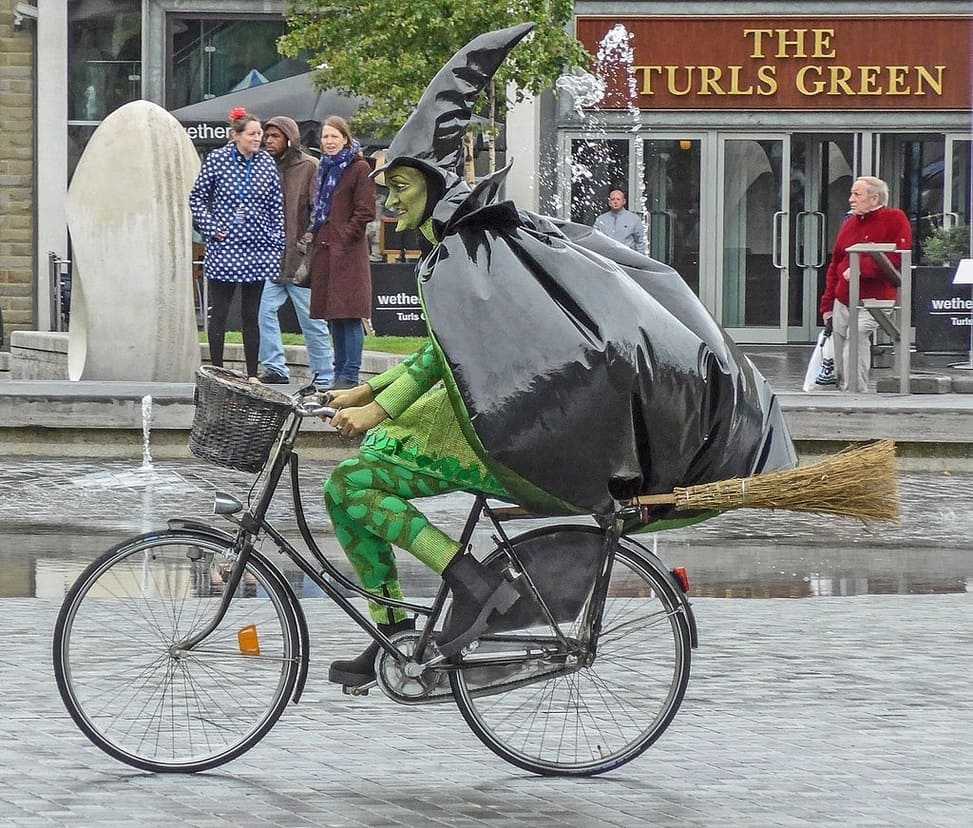 Tim Green from Bradford – Witch on a bike on Wikimedia Commons, CC BY 2.0

Bubble, bubble, toil and trouble… Sometimes, the best witch costume is a classic witch costume. Bats, black cats and pointy hats are the makings of a typical witch costume. A long black dress and the right accessories can go a long way! Check out all-inclusive witch costume kits in our witch section. You really can't go wrong with the classic witch—gather some friends and make it a group costume!

Do you want to brighten up Halloween this year? Ditch the scary witch costume and go for a good one! Glinda the Good Witch is an iconic part of The Wizard of Oz. She helped Dorothy on her way, and looked good while doing it. To replicate this costume, use any pink princess dress and some fairy-like accessories!  This Glinda the Good Witch costume is so easy and so sweet. 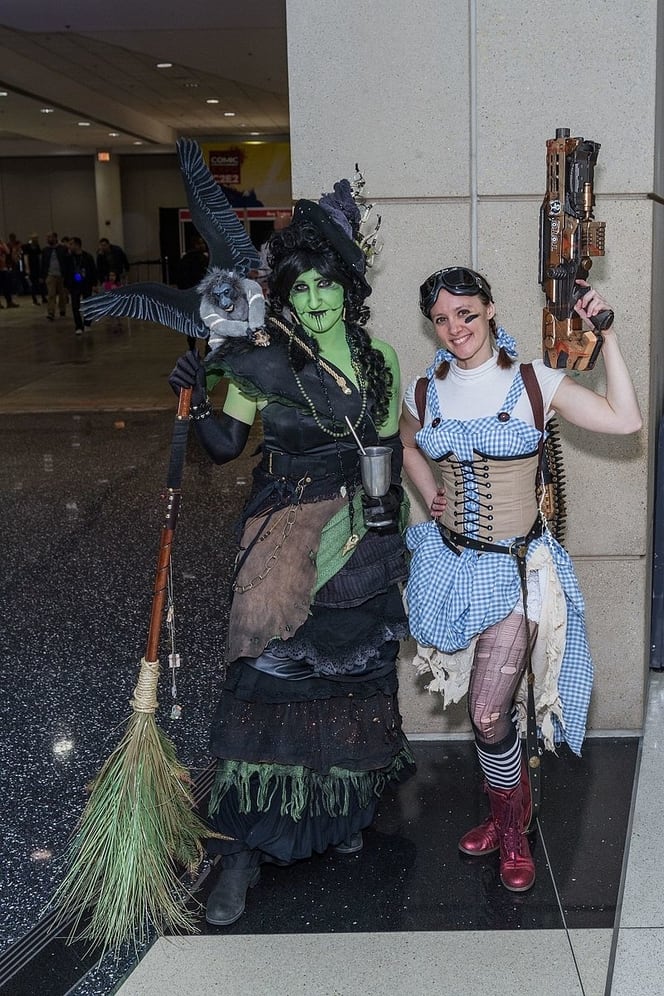 The Wicked Witch of the West is probably one of the coolest characters in The Wizard of Oz. She even got her own spin-off musical, Wicked! The musical shows there’s more to the Wicked Witch than the books and movies make it seem. She’s a complex character in her own right, and she’s fun to dress up as! Just make sure you use good quality green makeup.

Trivia: Did you know… that the face paint used for the Wicked Witch of the West in the movie was actually toxic? Thankfully, today, safe face paint is easily accessible. 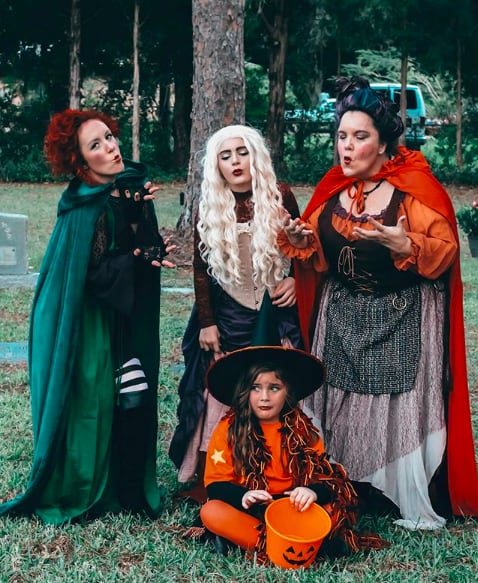 Perfect for a group costume, Hocus Pocus Witch Costumes are a true Halloween classic. Grab two of your closest friends and get ready to cast spells! Halloween movies are always so fun to watch, and Hocus Pocus is one of the best. Get your costume on and have a movie marathon! This is a great idea for a Halloween party, or just because.

Which witch are you going to be this Halloween? We hope this gave you some ideas! Just try not to be too wicked....