Ideas for your Egyptian Costume!

Did you know…that the 1963 Cleopatra film was one of the most expensive movies of all time?
The alluring Queen was the last of the Ptolemaic dynasty and the last active ruler of Ancient Egypt before it was subsumed by the Roman Empire. To many, she symbolizes the end of an era; peopled with Pharaohs, priests and pyramids. However, she was much more of a pioneer… See More Dress Up Ideas 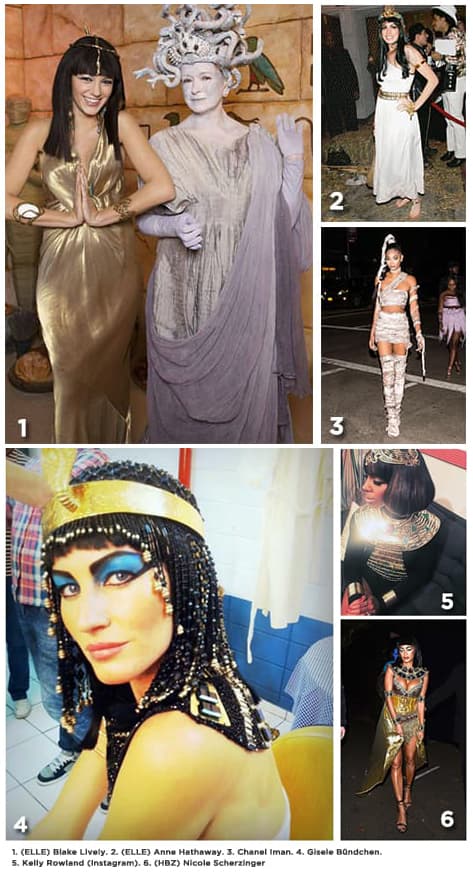 From Shakespeare to Elizabeth Taylor, the reign of Cleopatra continues to fascinate and inspire men and women of all ages. Finding Cleopatra costumes that live up to her name is no easy task! The alluring Queen was the last of the Ptolemaic dynasty and the last active ruler of Ancient Egypt before it was subsumed by the Roman Empire. To many, she symbolizes the end of an era peopled with Pharaohs, priests and pyramids. However, she was much more of a pioneer. She centralized all power away from her Pharaoh brother and was thus the first to rebel against the tradition of female rulers being subordinate to male co-rulers. Perhaps no Cleopatra costume needs to be escorted by Pharaoh costumes after all. If you’re looking for a costume with a fun yet substantive story, Cleopatra costumes are ideal! The Queen solidified her grip on the throne by seducing the most powerful man of his day, Julius Caesar, who then abandoned any plans of conquering Egypt. Her incomparable beauty and sharp intellect also entranced Mark Anthony. When his attempts to succeed Caesar failed, the couple tragically committed suicide and Egypt became a Roman province. Cleopatra Costumes are perfect for women who want to feel and look powerful, fierce and beautiful. The Womens Black Cleopatra Costume, the Girls Black Cleopatra Costume and the Traditional White Cleopatra Costume Plus are just a few examples of the beauty Cleopatra Costumes provide. And what's great about our selection, as you can see, is we have these costumes in plenty of styles, sizes and ages for you to choose from. Of course Cleopatra wasn't the only important ruler of Egypt. Before her time and after, Pharaohs were the rulers of the egyptian people. If you're a man who wants to also feel the power of a Pharaoh then Pharaoh costumes are perfect for you. At Oya Costumes we have plenty of styles and sizes for you to choose from as well. For instance, we have a classic black and gold Pharaoh Costume, A Plus Size Pharaoh Costume and a Children's Pharaoh Costume. We even have a scary Pharaoh costume where the Pharaoh comes back as a Mummy! Now of course, if you would rather have an Egyptian costume that isn't Cleopatra or a Pharaoh, we have those too! We have some amazing Egyptian god Costumes such as the female Egyptian Cat Goddess Costume and the Iris Goddess Costume .