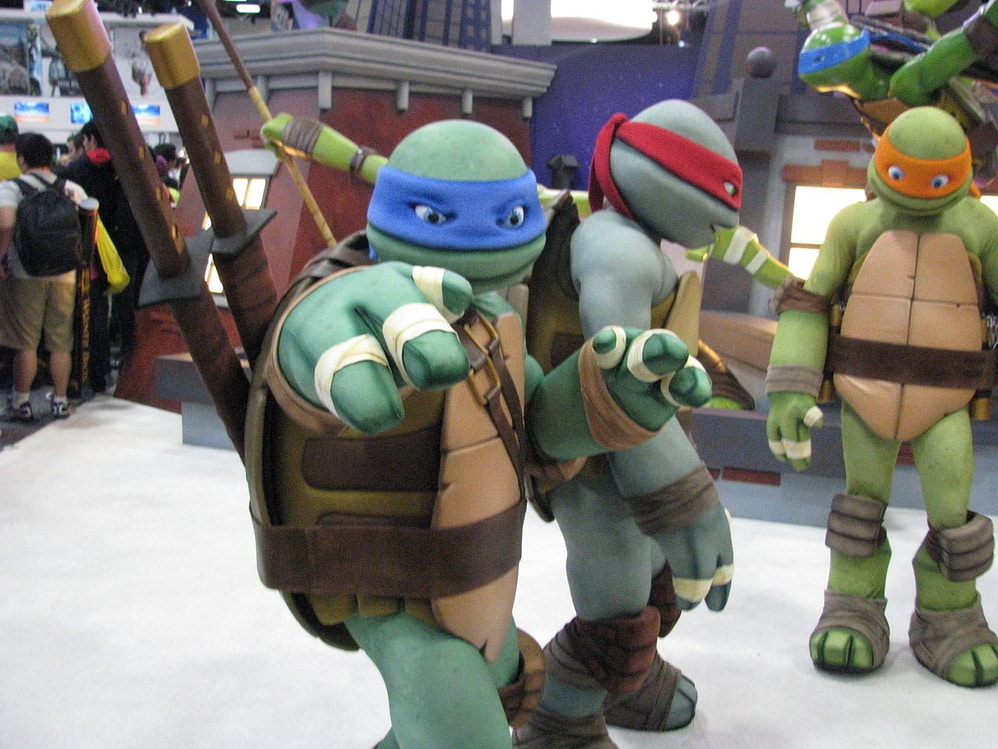 Teenage Mutant Ninja Turtles costumes are quite popular at comic conventions. Cosplayers love to get creative with the different styles and types of costumes! On the right, a fan sports a gorgeous Leonardo Ninja Turtle costume, and two of his friends stand in the background. 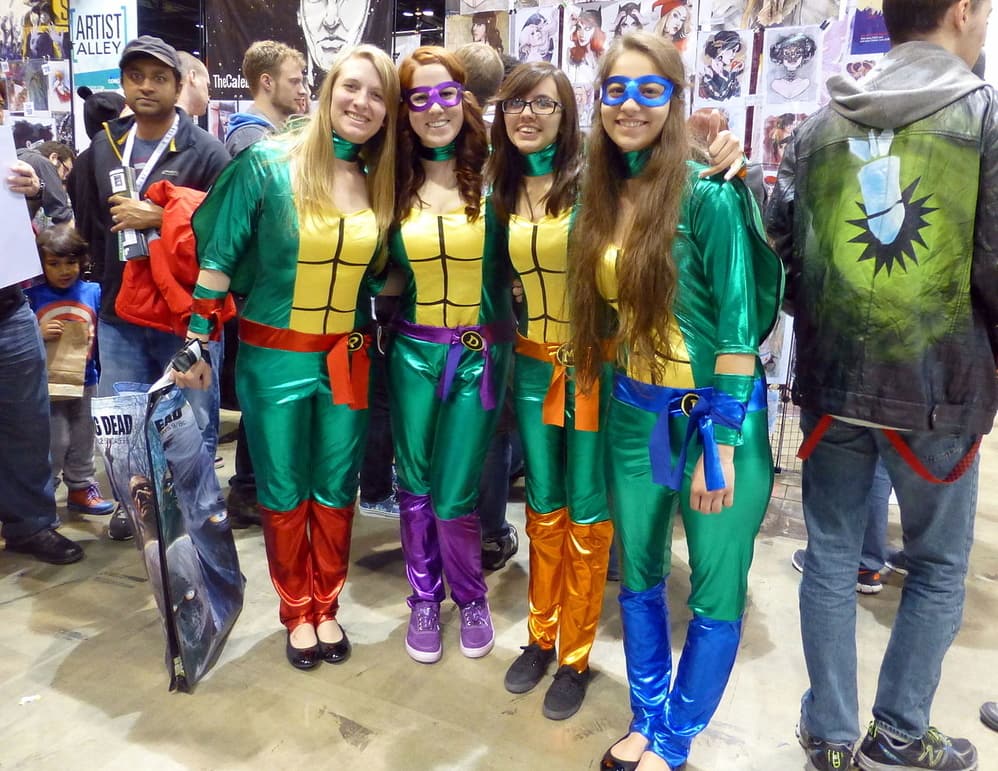 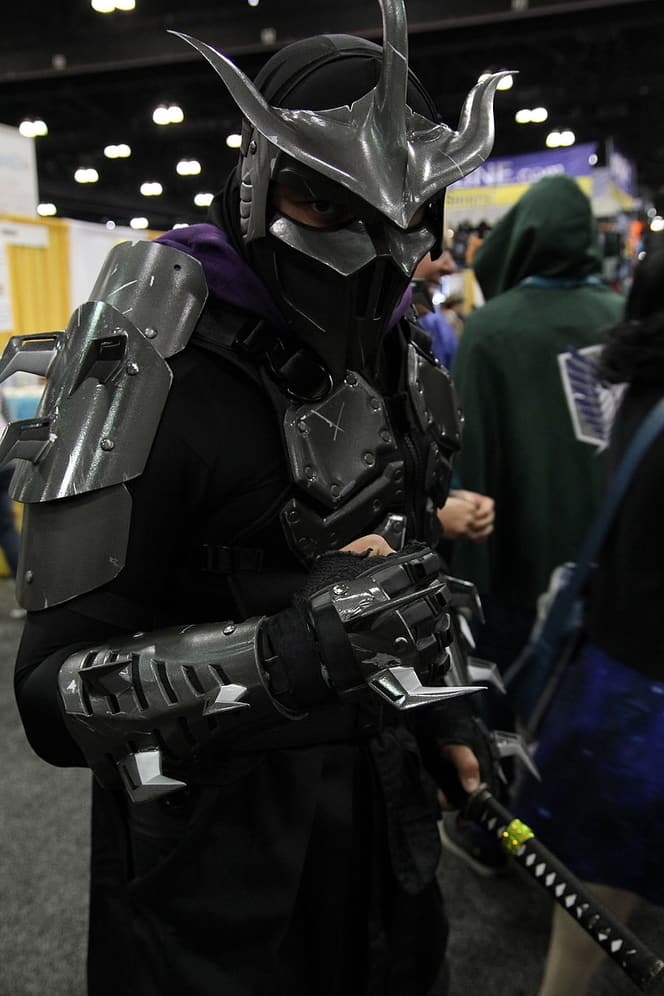 Every good superhero franchise has a good villain, an arch-nemesis for the main character(s). Batman has the Joker, Spider-Man has the Green Goblin, the X-Men have Magneto, Superman has Lex Luthor…and the Teenage Mutant Ninja Turtles have the Shredder, a menacing villain with an armour inspired by…a cheese grater. This somewhat humorous origin hasn’t stopped cosplayers like the one on the left from dressing up as Shredder! 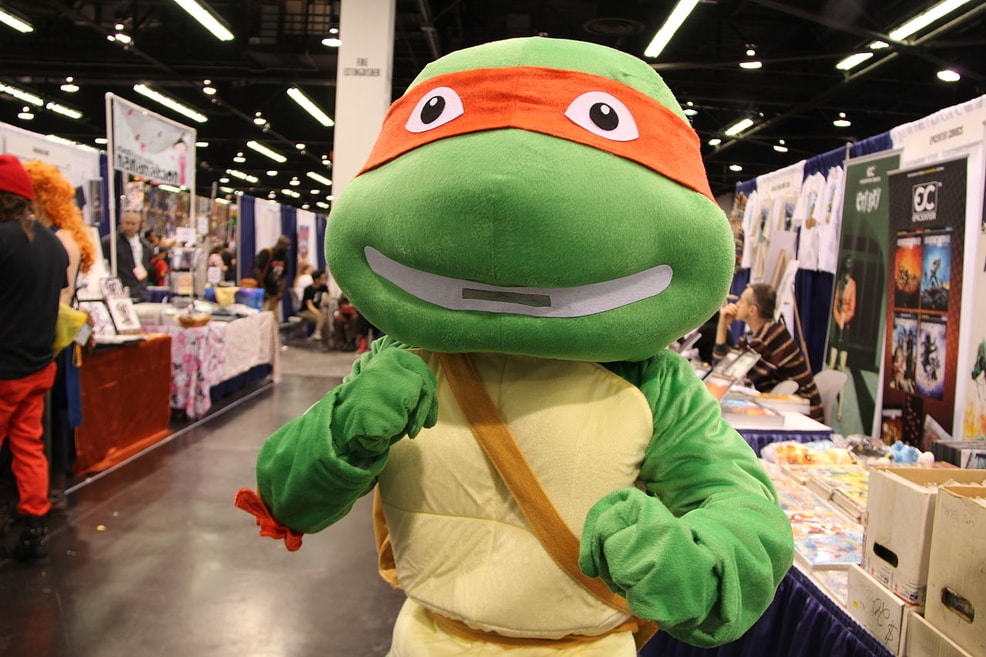 How adorable is this Michelango cosplay? One of the things that draws fans to Teenage Mutant Ninja Turtle costumes is how versatile they are. From realistic to cute and cuddly, you can pick the costume that’s right for you! We have tons of mascot costumes if these full-body cosplay looks are your style! 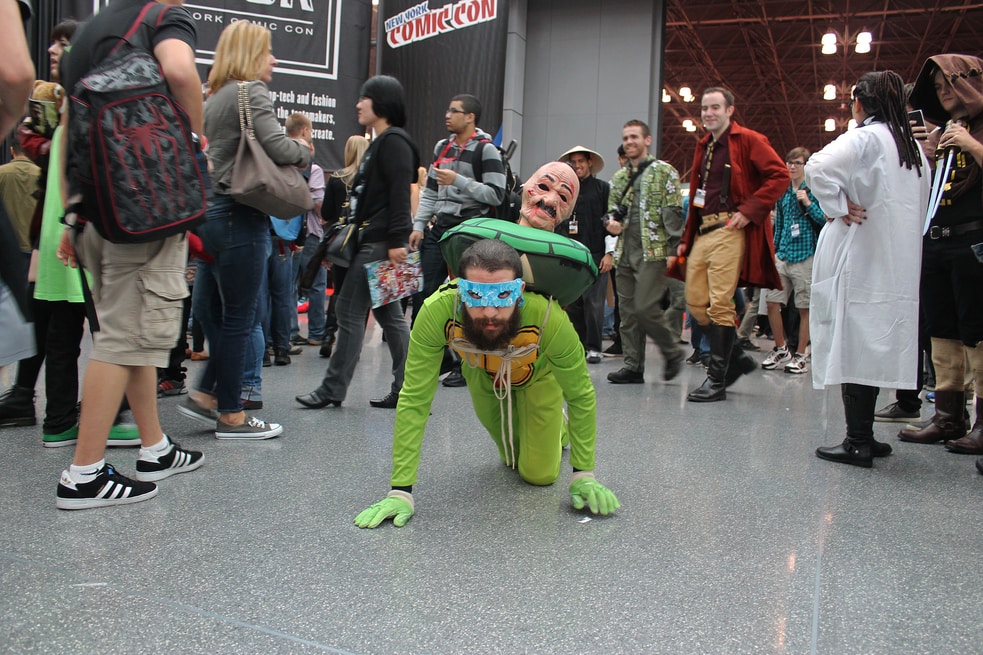 In fact, just like this cosplayer on the right, you’re encouraged to have fun with your TMNT costume! One way to do this is with accessories and maybe makeup, if you’re not already wearing a mask. Adults and children alike can create their own Ninja Turtle costume!

Did you get inspired by these Teenage Mutant Ninja Turtles costume ideas? Here at Oya Costumes, we have tons of Halloween costume options! Get yours today!