Your little one can be one of the chosen Power Rangers, tasked to save the world against the attacks of alien forces, in this officially licensed Pink Ranger Movie Deluxe Boy costume! Your child will enter the Power Rangers movies universe with this detailed costume, which includes a pink Power Ranger jumpsuit with a 3D torso and metallic accents, attached shoulder pieces, as well as Pink Power Ranger head piece that will allow your child to fully get in character. 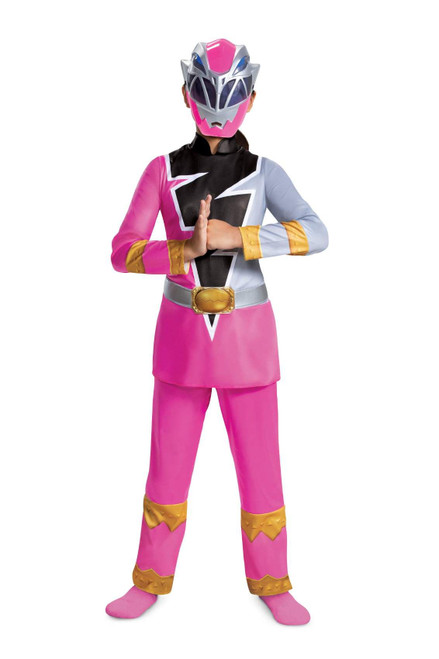