Have you ever wanted to ride a dinosaur? You can live your dream and trick your friends by wearing this T-Rex Inflatable Ride On Adult Costume! This inflatable costume features a t-rex with a speckle earth tone pattern, a strap to hold onto and an elastic waist to keep the air in with a set of fake inflatable legs. The legs have attached shoes to give the appearance that you're riding the t-rex! This inflatable costume also includes a usb fan with battery pack to keep the costume inflated.

*Hat and Batteries NOT included 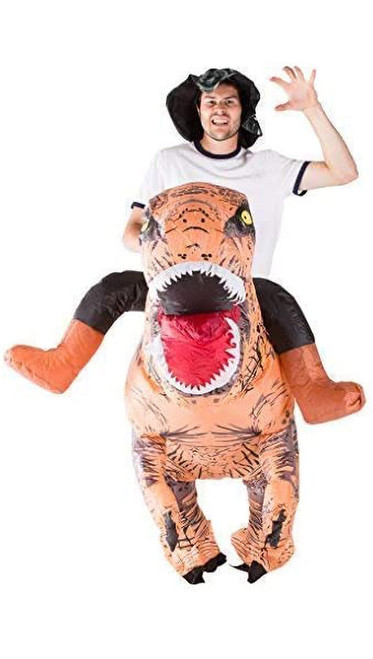