Let your child be a SUPER T-Rex and go Jurassic! They will love wearing this costume especially if they're a fan of the T-Rex or the Tyrannosaurus! The Super T-Rex Inflatable Kids Costume features a big T-Rex with multiple patterns and earth tones. The transparent window located on the chest of the dinosaur helps your child see where their going. The elastic waist in between the T-rex legs allow them to keep their lower half out of the costume while walking freely with the lightweight feet of the dinosaur attached to their ankles. The legs will be hidden by the huge T-rex legs giving the appearance of a Super T-Rex! This inflatable costume also includes a usb fan with battery pack to keep the costume inflated.

*Pants and Batteries NOT included 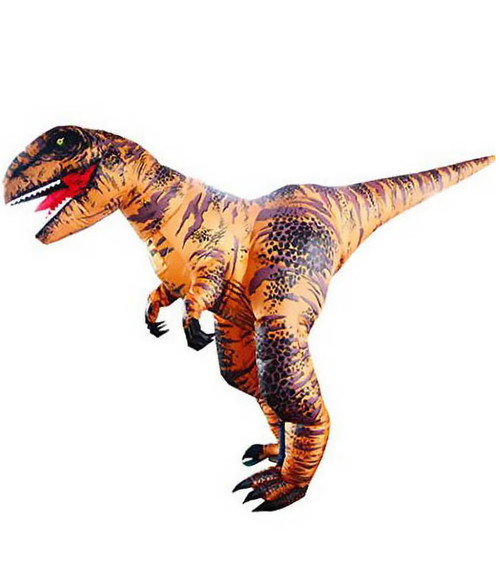