Becoming Mr. Potato just became this much easier! All you’ll need is this officially licensed kit which features Mr. and Mrs. Potato Head's hats and a set of t-shirt sticker including a nose, eyes, lips, teeth, and a moustache. T-shirt and pants are not included 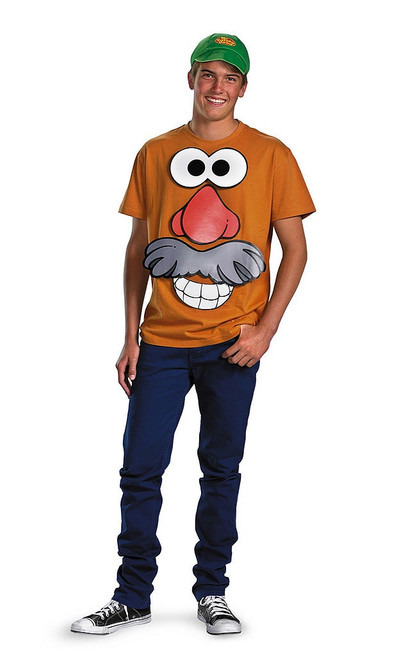