Instead of being just any dinosaur for Halloween why not be a Stegosaurus? The Stegosaurus is a carnivorous, four-legged, armored dinosaur! The Inflatable Dinosaur Stegosaurus Adult Costume features a stegosaurus dinosaur inflatable costume with multiple patterns and earth tones, complete with inflated plates and spikes along the back and tail to give the armored appearance. The transparent window located on the neck of the dinosaur to help you see where you're going. This inflatable costume also includes a usb fan with battery pack to keep the costume inflated. 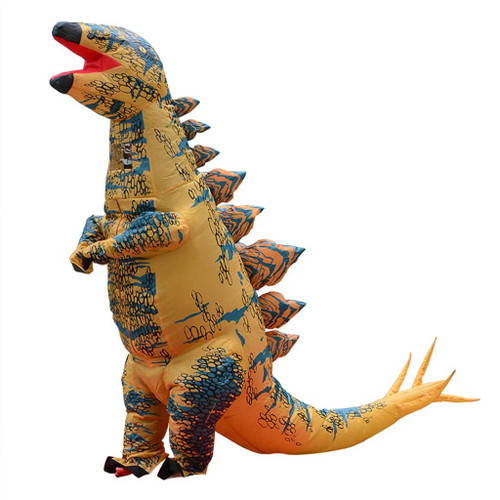