Want to explore space? You won't need to explore space to be the coolest astronaut at the party! The Astronaut Inflatable Men Costume features a white astronaut costume with attached space backpack, boots and red and blue accents. Elastic wrists help to keep the air in while being able to freely use your hands. The attached astronaut helmet completes the look with a transparent visor to give the appearance of an astronaut helmet and to be able to see where you're going. This inflatable costume also includes a usb fan with battery pack to keep the costume inflated. 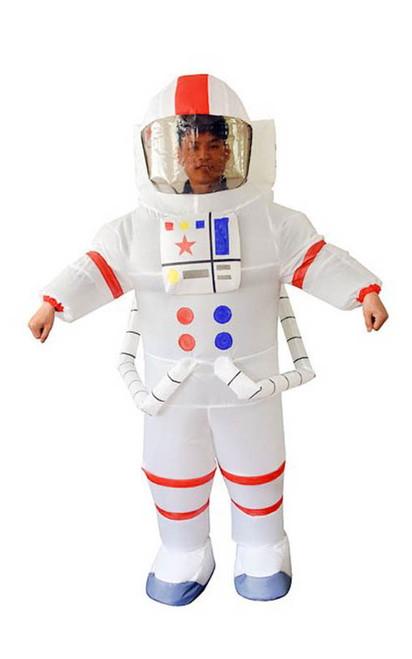