This costume will allow you to transform into a superhero faster than you can say “Shazam!” Prove that you’re the wizard’s chosen one and fight Thaddeus in this amazing, officially licensed, Shazam Child Deluxe Costume. It features a red muscle chest jumpsuit with Shazam’s iconic lightning bolt on the front and attached brown boot covers and gauntlets, as well as a matching brown and yellow belt and Shazam’s snazzy white cape. Now go and do hero stuff—but remember to take some time for your family! 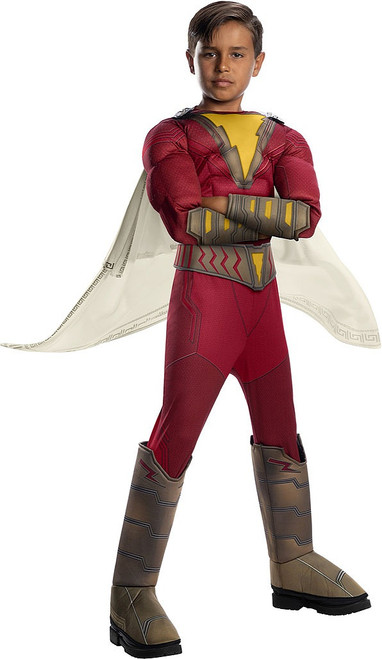