Become a fearsome warrior of the ancient times who would not hesitate to face the king of beasts in the name of his emperor with the Roman Gladiator Costume. The knee length white tunic features an attached black weathered body armour with golden accents, 3 front belts accent, matching Velcro shoulder guards, wrist guards, shin guards and armbands to gives off the air of a warrior. The Roman Gladiator look is complete with the bronze medallion, attached cape and black and golden headband. 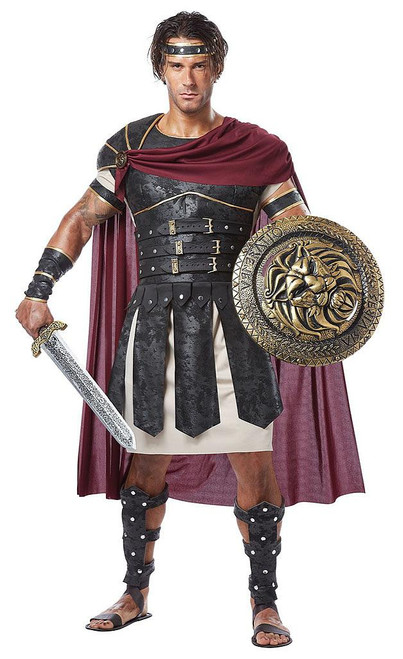