The PJ Masks are a team of young superheroes who fight crime at night and go to school during the day. Owlette’s real name is Amaya, and she has cool superpowers such as Owl Eyes or the Super Owl Wing Wind! You toddler can incarnate her in this officially licensed Deluxe Owlette Costume, which features a jumpsuit with printed feather detail and Owlette’s owl logo, an owl cape, and an owl headpiece. Alongside her friends Catboy and Gekko, she’ll save the day in this Owlette Toddler Costume. 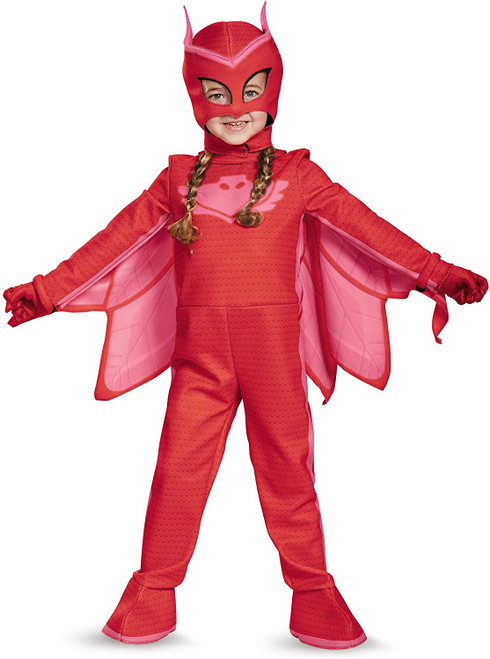