Did you know… that Jack Sparrow’s iconic pistol isn’t a prop? It’s a real weapon!
The Pirates of the Caribbean Franchise returned with a stunning fifth movie in which Captain Jack Sparrow goes out to look for Poseidon’s Trident. Jack is seeking to free the Black Pearl from its tiny… See More Dress Up Ideas 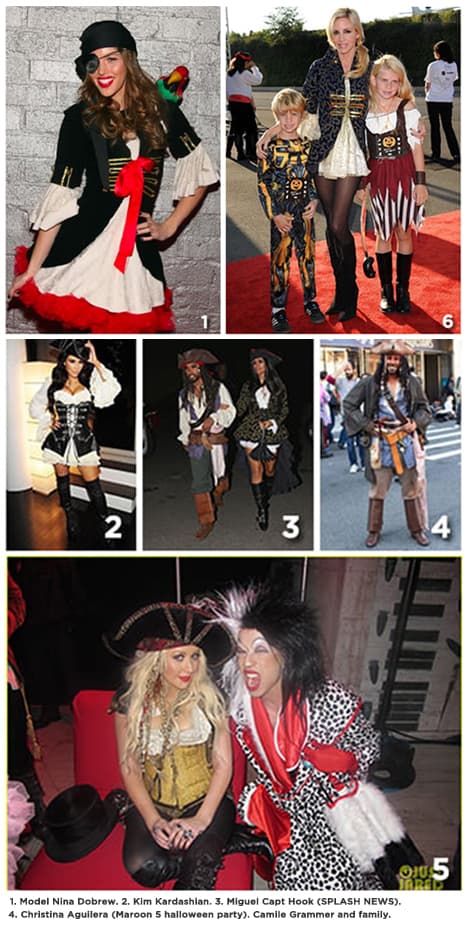 Pirate costumes and pirate accessories for Men, Women, and Kids

Pirate costumes have always been popular. But thanks to Pirates of the Caribbean, men pirate costumes now have an iconic figure in Captain Jack Sparrow pirate costumes. Now, not only do people know who is Davy Jones, but the sea goddess of Calypso and have followed in the adventure of searching of the Fountain of youth. The 2017 Pirates of the Caribbean may have not generated the same excitement, yet with over $750 million in box office Jack Sparrow proves he still can draw the crowd. And why not? Men Pirate costumes are always a hit because they represent daring and adventurous characters that most of us aspire to be. Who does want to leave all their cares and worries behind and just sail the open seas in search of treasure and the adventure of a lifetime? Go get your eyepatches, lads and lasses: since being a pirate in real life is a far cry from what a pirate is in the movies, a pirate outfit for a day is a good enough adventure for most of us. Oya Costumes offers a beautiful collection of pirate costumes online for men and women. In addition to the flowing skirt pirate costumes, we carry a larger collection of women pirate costume in pants. Along with the typical Wench Womens Pirate Costumes and Buccaneer Womens Pirate Costume, Jack Sparrow Costumes, Cutthroat pirate costume, there are also a myriad of pirate accessories such as swords, bandanas, beards, moustache, and earrings to finish the look. Visit our treasured collection of pirate outfits and start singing "Yo Ho, Yo Ho, a pirate’s life for me . . ." How could you not want to show up on Halloween as Men Captain Jack Sparrow Costume or in a Prestige Men Pirate Costume? and for plus size. Kids can join the fun with their own Pirate Costumes, like the classic boy pirate costume in red and and black with the Cutthroat Boy Pirate Costume or the new Girl Pirate Costume with Posh Girl Pirate Costume  Indeed, your whole family can "sail the Seven Seas" in our Pirate Costumes and gather all sorts of trick-or-treat treasure this Halloween! Ahoy!