Whether we’re talking about costumes for children or adults, chances are you’ll see at least one person dressed up in a Minnie Mouse costume this Halloween! From the early 20th Century—the year 1928 to be precise—Minnie Mouse has been captivating and capturing the childhood of numerous generations all over the world.

Minnie is sweet in nature and is widely recognized for her extensive collection of big bows! Though her character was initially only conceptualized as Mickey's love interest, Minnie has become a more independent, dynamic and iconic character over the years. This character by Walt Disney has been immensely popular among the young children all over the globe. She has starred in more than 70 animated films! This means a Minnie Mouse costume is a perfect choice for Halloween! Check out our favourite Minnie Mouse costume ideas below. 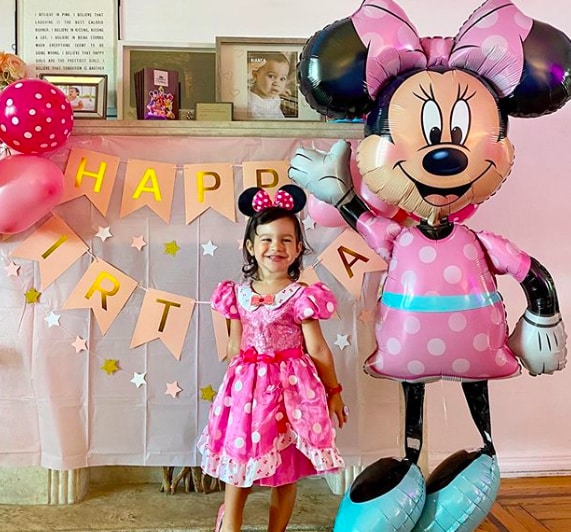 Minnie Mouse enjoys dinners, movies, and basically spending as much time as possible along with Mickey. Overall Minnie is sweet, beautiful and fun-loving but occasionally her anger gets the better of her. Despite all this, she is never the “bad guy” in any kind of situation. And like Mickey, she also adores travelling. Keep this in mind so you can channel Minnie when you wear one of our amazing Minnie Mouse costumes! Check out some amazing costumes for kids just like this one. 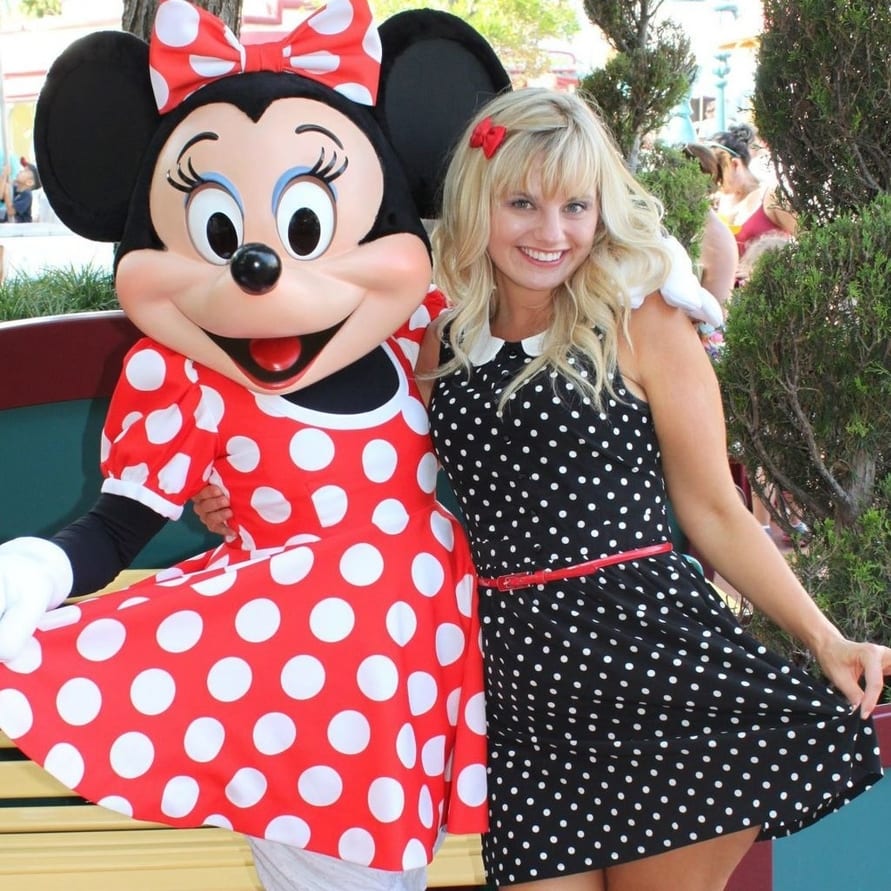 Minnie Mouse has a caring and motherly side. She is relatively calm during hectic periods and is usually viewed as the most reliable, level-headed in the group. Minnie Mouse is more than just Mickey’s girlfriend! Her strong character includes multiple personality traits, and she’s a great role model–which is perfect for parents who want to put on a Minnie Mouse costume! Scores of fans regularly travel to Disneyland and other Disney Parks to meet this much-loved heroine. Below, you can see an example of Disneybounding: this fan hugging the “real” Minnie Mouse is wearing a Minnie Mouse costume made with real clothes and accessories!

Did you know that before they’re allowed to play Disney Princesses, Disney World employees usually put on Mickey or Minnie Mouse Costumes? Endorsing the role of Minnie, Mickey, or any of the other masked Disney characters (such as Winnie the Pooh or Stitch) is an important step for Disney Princess wannabes. Mascot costumes are so magical, just like these Mickey Mouse and Minnie Mouse costumes! Just because they're not Disney princess doesn't mean they're not important. 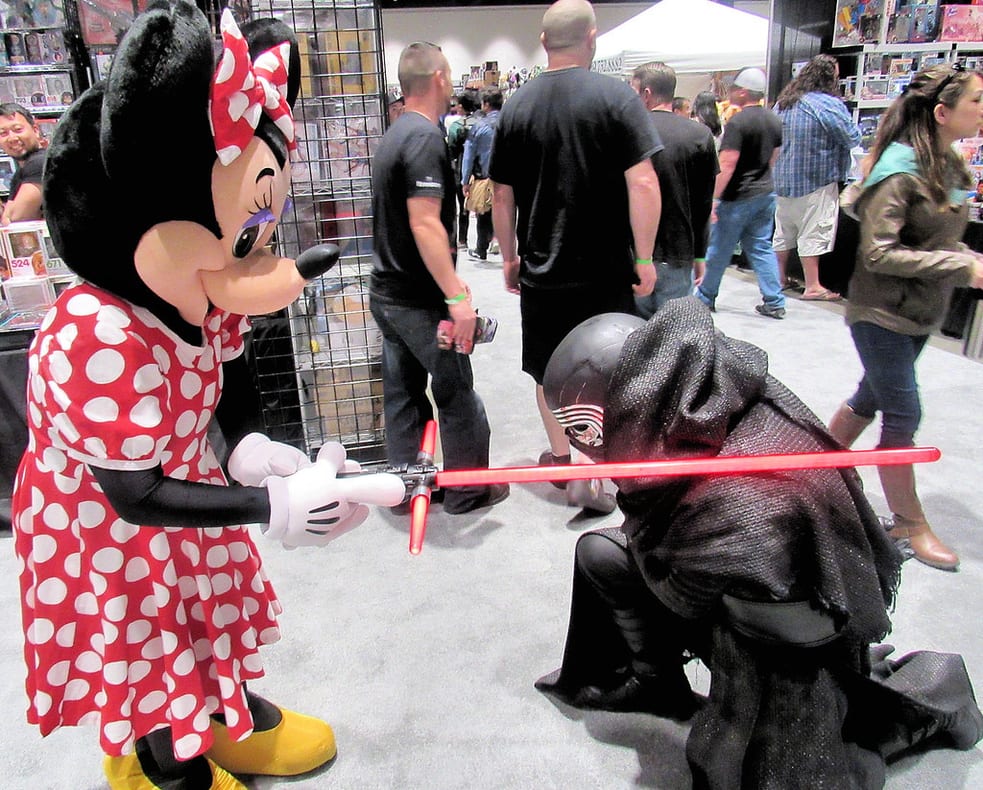 via D.Begley via Wikimedia Commons, CC BY-2.0

The best thing about Minnie Mouse costumes is that you can get creative with them! Minnie’s polka-dotted dress and oversize bow are recognizable anywhere, so you can create your own Minnie Mouse costume and even mash it up with character from other franchises. Here’s a Star Wars/Minnie Mouse mash-up for you: this cosplayer from the 2018 Silicon Valley Comic Con has borrowed Kylo Ren’s lightsaber and is knighting him. Does that mean she’s turned evil, or that she’s convinced Kylo Ren to see the light? It’s hard to tell, but the contrast in their costumes sure makes for a striking photo!

Did these Minnie Mouse costume ideas inspire you? You'll look so adorable as Minnie this Halloween! Grab your beau and become the perfect mouse duo.