A long time ago, in a galaxy far, far away, a space smuggler named Han Solo joined the Rebellion and became an intergalactic hero. Now, he's getting his very own movie (Solo: A Star Wars Story)! Pilot the Millenium Falcon and save the galaxy alongside Chewbacca, Luke, Princess Leia, and the rest of them in this officially licensed Han Solo Adult Costume. It includes Han Solo's classic white shirt with an attached black vest, black pants with faux leather boot-tops, a black belt, and of course a gun belt with printed details and a decorative holster. All that's missing now is your trusty blaster (not included)! You'll become an iconic space hero with this cool, high quality costume; may the Force be with you! 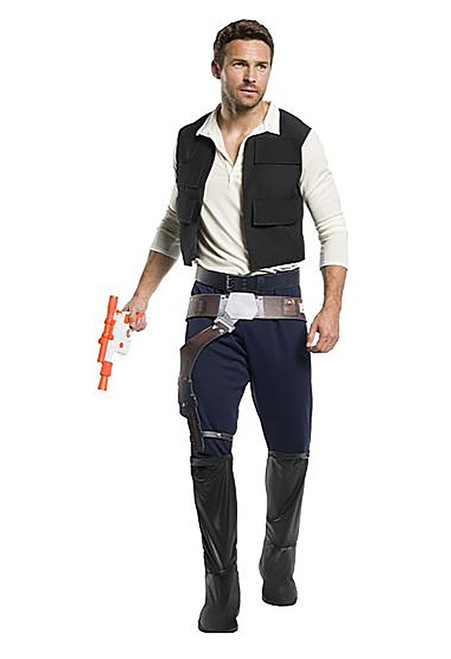