”I have a bad feeling about this…” You’ll make everyone laugh when you come in wearing this amazing Han Solo frozen in Carbonite Inflatable Costume. Han Solo, who know has his own origin movie, is an intergalactic smuggler, who, in Star Wars Episode V: The Empire Strikes Back, is frozen in carbonite by Tatooine crime-lord Jabba the Hutt. Recreate this iconic Star Wars moment with this incredible Han Solo Costume! The costume comes with a battery-operated fan, gloves, and a mask. 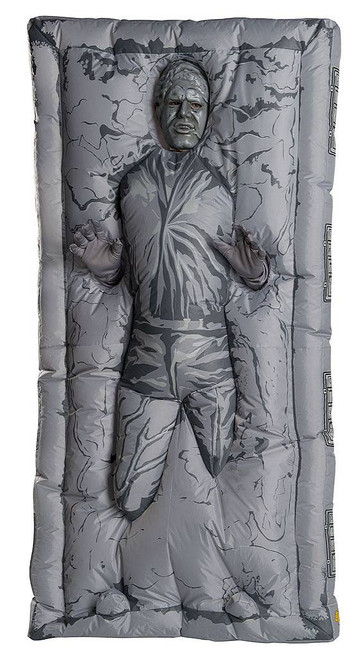