Boogie woogie and dance until the dawn under the lights of the disco ball with the Disco Black Sequin Shirt. Seventies inspired shirt, this Black Sequin Disco Men Shirt includes a black sequin dot shirt which was so popular during the disco era 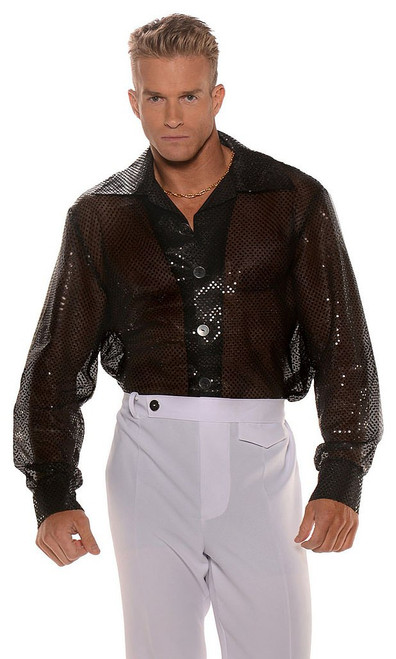