Join the Dark Side and defeat the Jedis with this officially licensed Darth Vader Men’s costume! The costume includes a top depicting Darth Vader’s chest and shoulder armour and control box, as well as his belt. It also features a removable black cape and a Darth Vader mask. Pair it with black pants and boots for an easy, classic Star Wars costume! 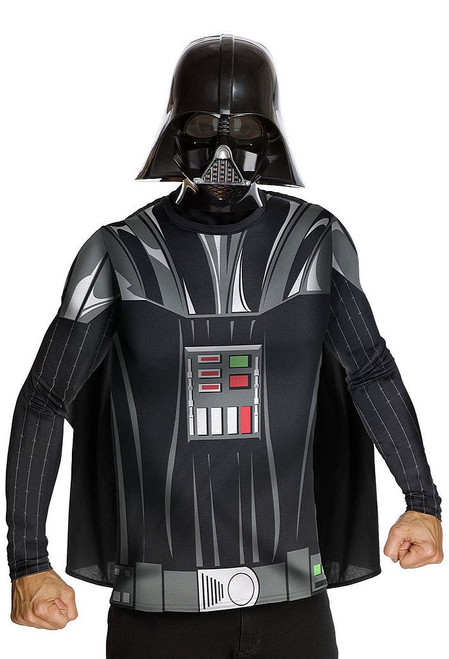