1-You should wear a cat costume because cats are adorable 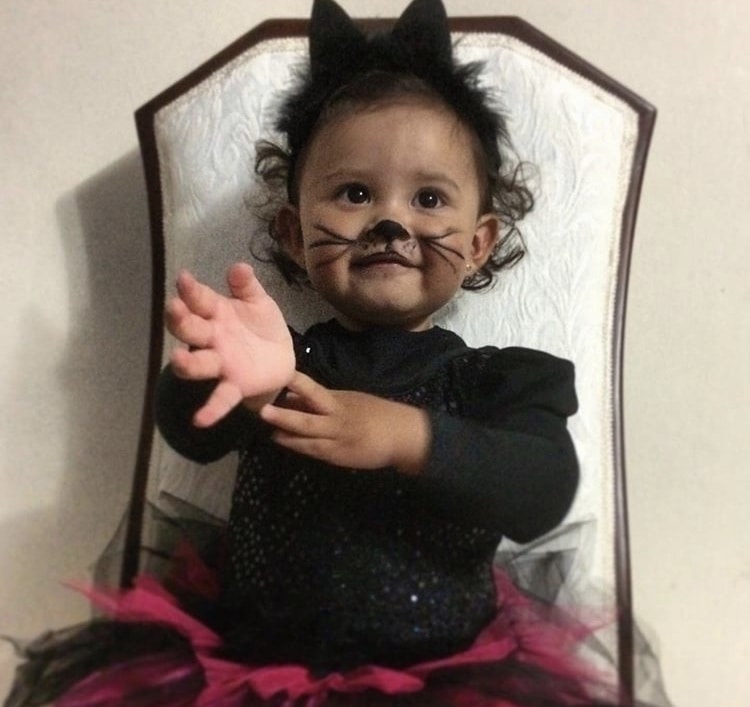 Just look at this little face! Cats and especially kittens are too cute for words—which means you’ll look adorable too in a cat costume! Did you know that out of all mammals, cats have the largest eyes in proportion to their head size? Wondering what, exactly, makes cats so darn cute? You’re not alone: the question is frequently asked on Google, and this article from The Guardian answers it. Turns out cuteness is backed up by science! When you wear your cat costume, make sure to put on some cat makeup in addition to your cat ears, to look even cuter.

Cats were worshipped as gods in Ancient Egypt, and for good reason. While people see black cats as bad luck today, in Ancient Egypt, cats were good luck! Egyptians believed that they were magical animals, and cats were revered in life and in the afterlife. They were mummified when they died, a high honour for an animal. Images and sculptures of cats were everywhere. And of course, you probably already know about Bast or Bastet, the cat-headed goddess. She was the daughter of Ra, the sun god, and cats were sacred to her. Bast could, of course transform into a cat herself. Channel Bast and become an ancient Goddess by putting on your cat ears and cat costume!

You know it! Famous internet cats such as Grumpy cat (pictured below), Pusheen, Nyan Cat, Maru the box cat, Cole and Marmalade, Lil Bub, and of course famous meme cats such as Business Cat, Ceiling Cat, or the I can haz cheeseburger? cat, populate YouTube, Facebook, Pinterest, Instagram, Snapchat and more. Putting on cat ears for Halloween might seem lazy, but by doing so, you’re following a worldwide trend. You could even take your cat costume to the next level and dress up as a famous internet cat!

4- You should wear cat ears because of Cats: the musical 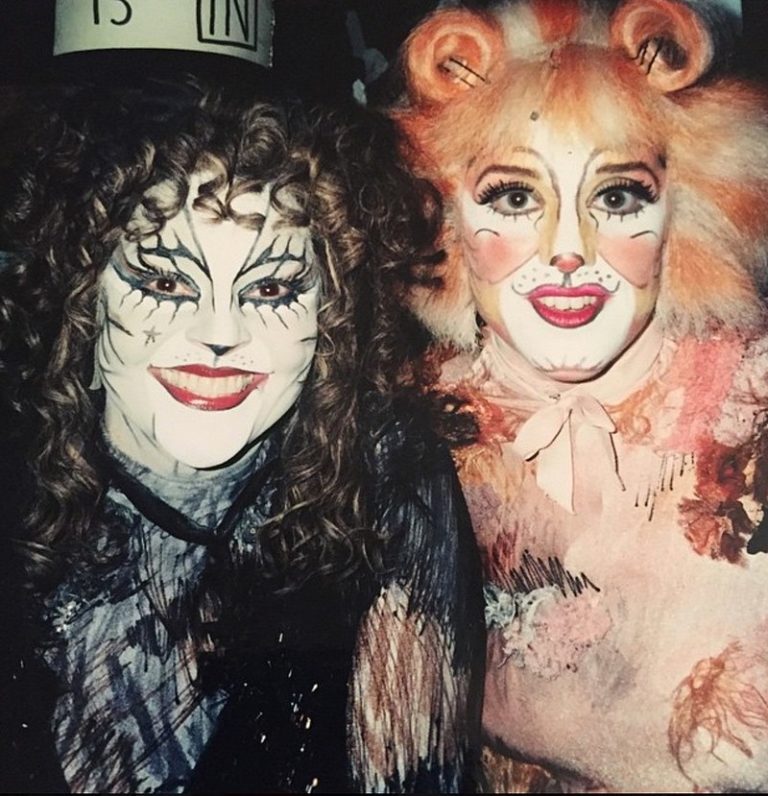 Cats: the musical gave us many iconic characters, such as the Jellicle cats, or Macavity, who defies every human law—even the law of gravity. But most of all, it’s given us iconic dances, songs, and cat costumes. “When you fall on your head, do you land on your feet? /Are you tense when you sense there’s a storm in the air?” Put on your cat ears, draw on some whiskers, and off you go to the Jellicle Ball!

The 2017 documentary Kedi revealed stunning images of the cats who roam free in the street of Istanbul. The Turkish capital is home to thousands and thousands of stray cats—although “stray” might not be the appropriate term. Indeed, while the cats of Istanbul mostly dwell in the streets, the residents of the city feed them and care for them. Some dedicated people even pitch in to pay the cats’ vet bills; one man interviewed in Kedi laughs and says: “we all have running tabs at the vet”. Kedi shows that while the cats are generally loved and cared for, the city’s rising urbanization is pushing them out.

As of right now, Istanbul sounds like a cat paradise, maybe even more so than the cat islands of Japan. If you can’t hop onto a plane to Turkey right now, the next best thing might be to put on a cat costume for Halloween! Or just head to a cat café. You do you.

Cats are incredibly flexible; they’re also fast (about 31 miles per hour or 49 km per hour), agile, and precise. Did you know that cats can jump up to six times their length? They’re sneaky, too: cats’ pads are thick and soft, which means they make almost no sound as they walk. When you put on your cat ears, keep in mind that cats also have better hearing than dogs, as well as twice the number of neurons in their cerebral cortex. And if napping is a super-power, then you’ve got yourself a supercat: they nap around 16 hours a day on average—that’s almost 2/3 of their day spent sleeping.

Interestingly enough, there really is a cat superhero. Streaky the Supercat was Supergirl's pet who developed superpowers after being accidentally exposed to Kryptonite. He then joined the League of Super Pets (I promise I’m not making this up) alongside Krypto the Super Dog and Comet the Super Horse. You can wear a cat costume, and your cat can wear a superhero costume! Maybe. If he feels like it. 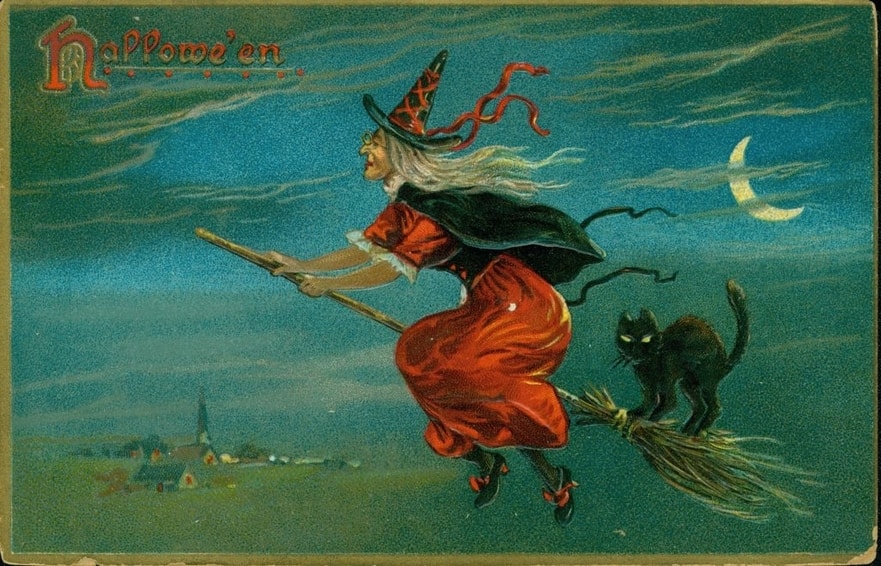 If you’ve watched Sabrina the Teenage Witch, you know this: witches have black cats. For some, the black cat is a witch’s familiar; in the middle ages, it was common belief that witches could transform into cats, which led to cats being burned or killed during those times. During the Salem witch trials, some witches confessed to being under the influence of “familiar” or spirits, some of which took the shape of black cats. Today, magical or not, black cats are still associated with witches, which lead to the creation of fantastical characters such as the Cheshire cat.

8- You should wear a cat costume because black cats are a symbol of Halloween!

Just like witches, black cats are a true symbol of Halloween: you’ll see them on pumpkins, windows, in yards, movies, etc. Embrace the Halloween Spirit and dress up as a black cat or decorate your yard with spooky cat decorations! Cat costumes are oh-so-Halloween and easy to put together: what are you waiting for?

And I’m not talking about the decimal system. On a cold winter morning, the librarians of Spencer, Iowa, found a half-frozen little kitten in their book return box. They adopted him and, with the help of the public, named him Dewey Readmore Books. A few years later, that cat went on to star in documentaries around the world, and, to honour him after he died, librarian Vicki Myron wrote a book which quickly became a best-seller. Just like fellow orange tabby Bob the Big Issue cat on the other side of the pond, Dewey became internationally famous, but he never let that get to his head. You can still put on orange cat ears and dress up in a cat costume to honour them, though!

It’s a well-known fact—and it’s on the internet, so it must be true, right? Cats are secretly plotting to take over the world. Some say cats with thumbs might one day rule our world—after all, they already got us to provide them shelter, food, heat, and entertainment for free. 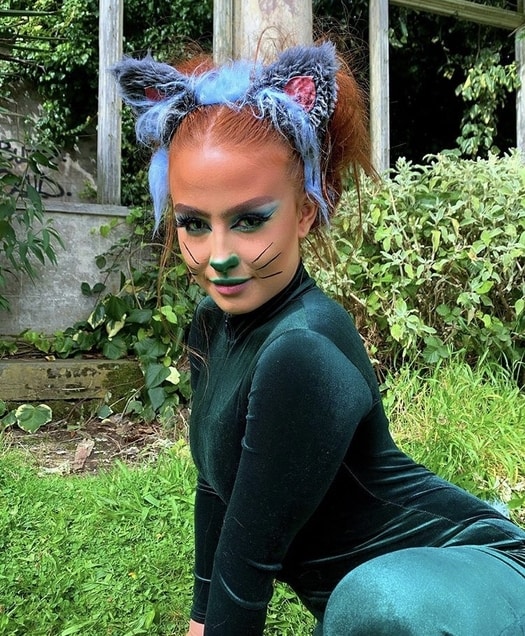